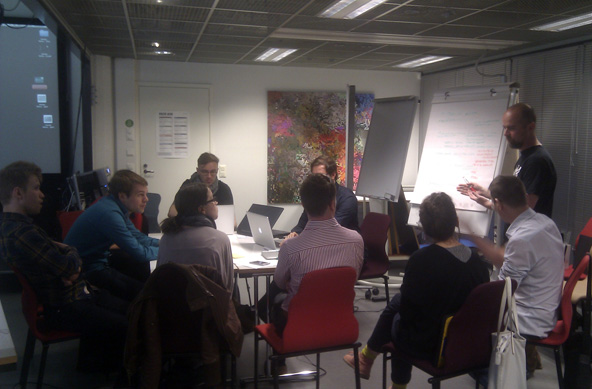 8 great concepts/prototypes were created last week at Energy Hackathon 2013!
The focus of the hackathon was on domestic electricity consumption data. One reason why this data is particularly interesting is that Finland is one of the first countries in Europe where smart meters have been installed in nearly all households. The legal framework that gives people the access to their own data will be valid from the beginning of 2014.
The hackathon had approximately 60 participants and 3 special guests from abroad: Denise Recheis (Thesaurus and Knowledge manager at Reeep), Chris Davis (Postdoc in TU Delft) and Julia Kloiber (Project Lead at Open Knowledge Foundation Deutschland).
Helsingin Energia and Elenia provided several data sets and the developers of the Open Energy Data API gave access to their test data. 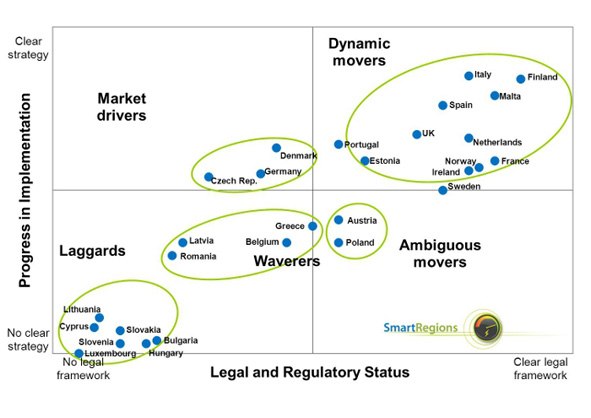 After a full day of hacking, 8 concepts/prototypes were presented. The jury evaluated the proposals based on four criteria (concept, implementation, use of data, presentation) and nominated the following three proposals: 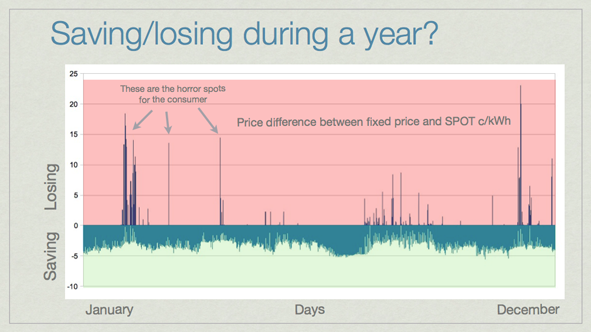 Team: Janne Eskelinen, Jouni Juntunen, Janne Käpylehto, Heikki Raunio
Smart saver is a real-time billing optimizer for consumers that are interested to lower their electricity bill. The concept is based on the current market anomaly where consumers typically choose fixed electricity price contracts instead of market based Nordpool spot pricing.
The concept was backed up by hourly consumption data from year 2012 provided by Helsingin Energia. The data set of 37 electricity meters in Paloheinä were used to calculate differences between fixed and Nordpool spot. The team presented example resuls of two different type of properties:  industrial building and private detouched family house with direct electrical heating. In annual level the market pricing benefited 5351 € and 736 € respectively in electricty consumption alone (without distribution or tax which will further increase the difference).
Furthermore load shifting scenario were 20% of consumption was shifted to less expensive hour was tested. This provided additional 6% cost saving in residential example house with 28 MWh annual consumption.
The team concluded with two potential service concepts: load-control features (for water heating and water heating circulation system) and SMS service informing about high-cost hours.
» Presentation slides 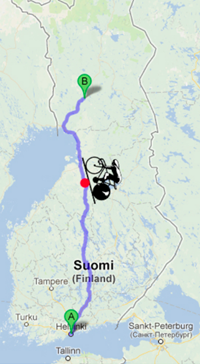 Team: Jyri Salpakari, Juuso Lindgren, Jukka Kajan
CrowdREsourcing gathers consumers that are interested in investing to renewable energy together. Interest and the owned assets are declared on an online-service. The service forms clusters of potential investors according to their matching resources after which an initial proposal for a possible project are presented to the cluster. Possible datasets that could be integrated are Tuuliatlas and electricity network infrastructure.
>> Presentation slides 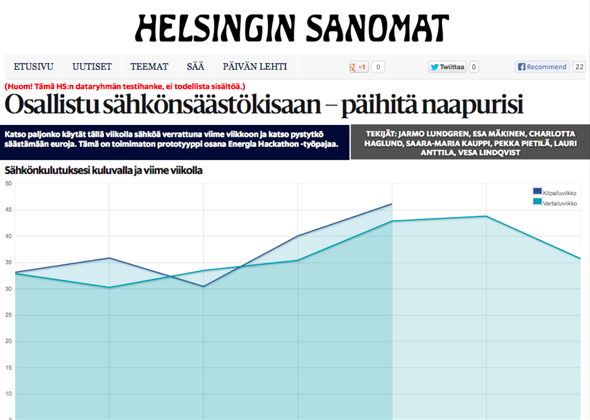 Team: Jarmo Lundgren, Esa Mäkinen, Charlotta Haglund, Saara-Maria Kauppi, Pekka Pietilä, Lauri Anttila, Vesa Lindqvist
Web solution which connects to avointuntimittaus.fi and gathers electricity usage information for the user (online bank identification to give access). You can compare your consumption to previous week and try to save energy (there’s a leader board). The prototype uses the test interface of avointuntimittaus.fi.
>> Online prototype 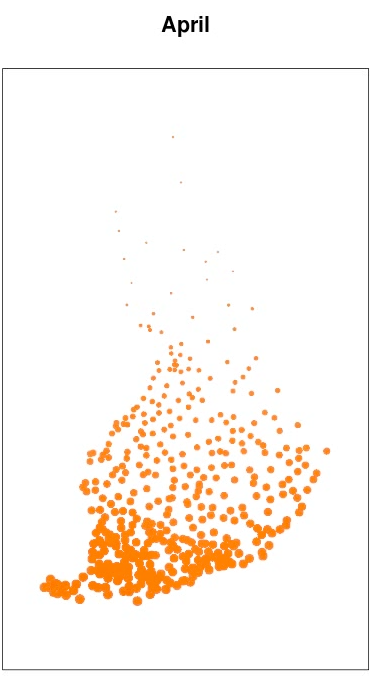 A proposal to create a real-time map of available solar energy in Finland. 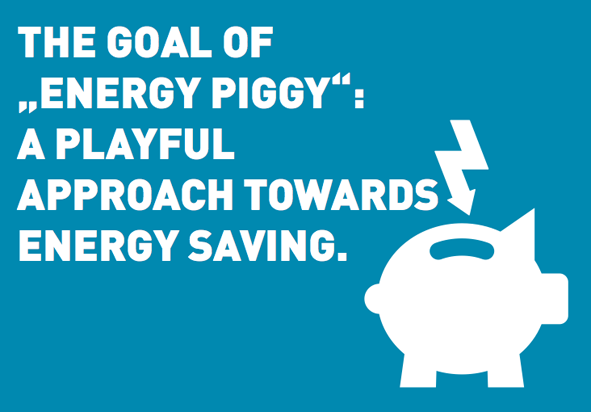 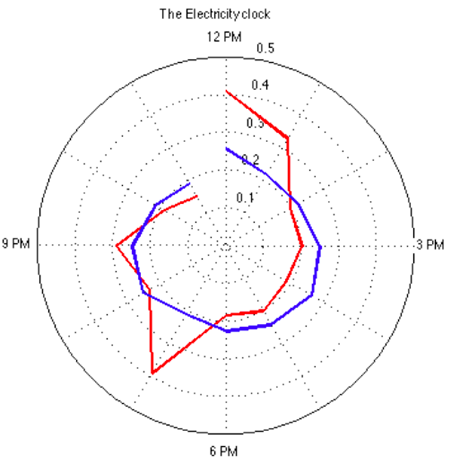 Team: Reko Mäenpää, Ranjit Menon
Ambisocial is an attempt to add the often missing component to any data, leave alone energy. This is the experiential domain. Building energy artefacts, and not just Apps, allow stories to flow, serendipity to happen and creates awareness and curiosity among the new generation of energy enthusiasts, the kids. And when kids ask questions, the parents should know the ‘reliable’ honest answers. This was an attempt to prototype a simple audio-visual experience that brings an emotional aspect to multiple energy sources, in public spaces. By turning discrete events into organic flows one can begin to gather new ideas.

Presentations by our international guests & the final presentations of all the teams can be found here:

Two proposals (Smart saver + CrowdREsourcing) were invited to the Peloton Summer Camp kick-off event (Friday 24 May). We are also discussing about featuring energy as one of the topics of the upcoming Apps4Finland competition.
If you are interested in open energy information, please join the soon-to-be-established Open Sustainability working group of OKF Finland.

Thank you very much to all the participants of Energy Hackathon 2013 for an intense & fruitful event!

Make use of the services and publications we have made, come to our events, join our community or get involved in our projects! END_OF_DOCUMENT_TOKEN_TO_BE_REPLACED

END_OF_DOCUMENT_TOKEN_TO_BE_REPLACED

Make use of the services and publications we have made, come to our events, join our community or get involved in our projects! END_OF_DOCUMENT_TOKEN_TO_BE_REPLACED