Congratulations to the new chairperson and board of Open Knowledge Finland for 2018!

The Autumn General Meeting of the association was on December 13th. As most important decisions, the action plan and budget of 2018 were approved – and most importantly, the new chairperson and board were elected. 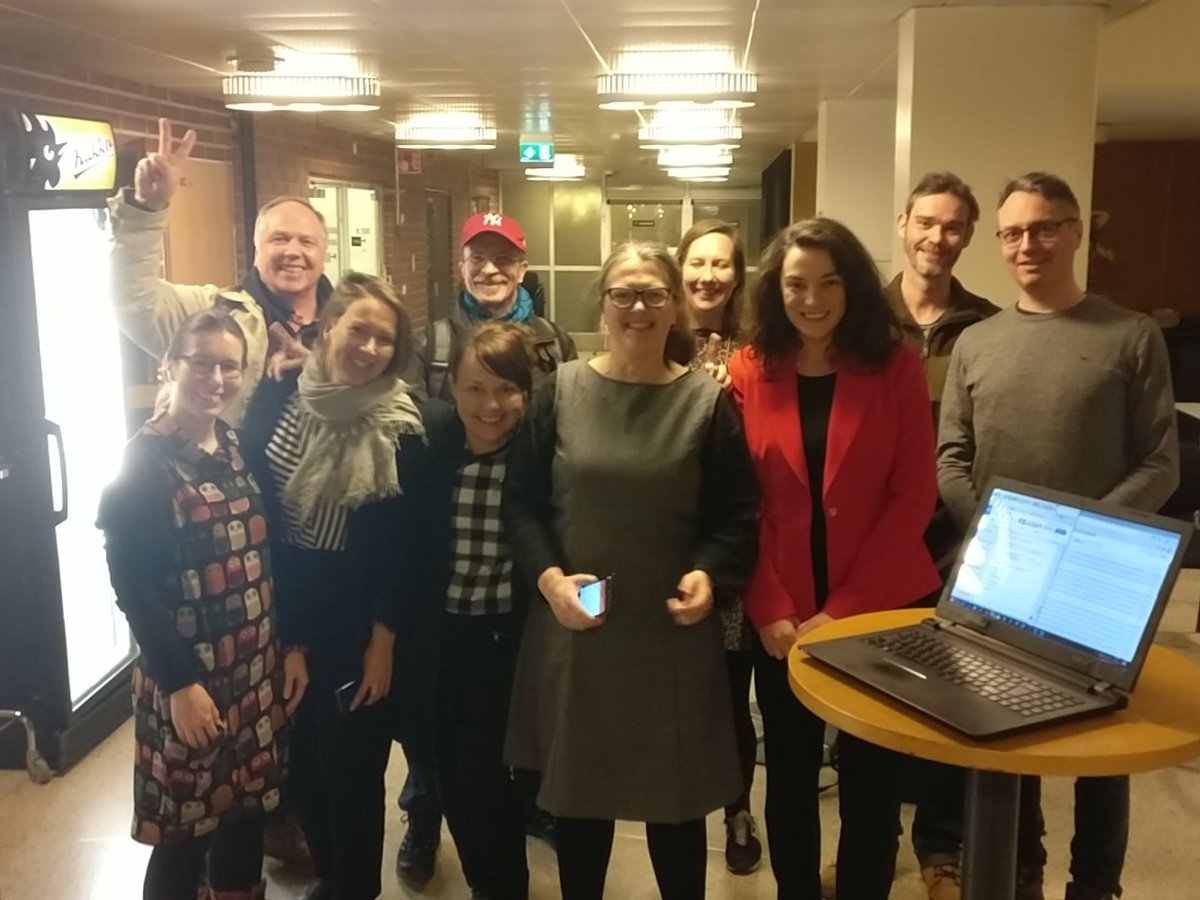 New people, new energy, new skills – what an amazing team we have lined up!

There are many firsts and other new things. First time the gender balance tips over. This also marks the first time we have non-Finns on the board – and the sentiment at the autumn meeting was to increase the international approach in the association communications and relations. We will appreciate e.g. the communications expertise of the board, as well as linkages to understanding foresight, democracy and legal technologies, to name a few.
All in all, it will be great to build on the fantastic work of the outgoing board (Mika Honkanen Mikael Seppälä Jessica Parland-von Essen Oskari Lappalainen Liisi Arya Soroush Susanna Ånäs Raoul Plommer Aki Saariaho + treasurer Antti Jogi Poikola). Without a doubt, it can be said that Mika as the chairman and Jogi as the treasurer, have contributed tons of energy and action for the organisation. 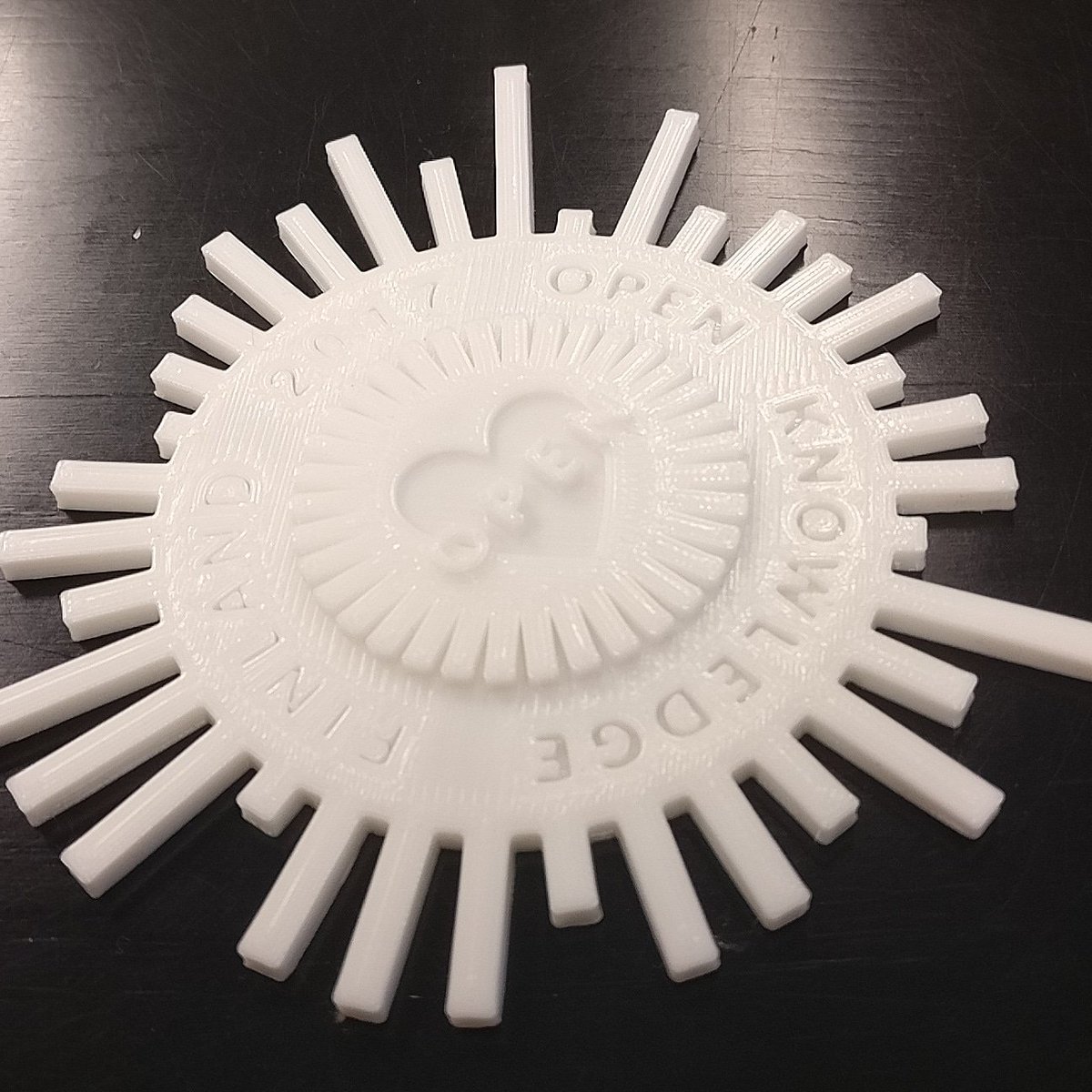 At our Autumn General Meeting we recognized some great open data work of 2017 with special “Open Heart” -awards. The awards are 3D-printed and based on an open design for use also in the future. We gave awards to two organisations “outside” of the Open Knowledge network – but definitely within the Finnish open data ecosystem.
The Tutkihankintoja.fi -service (open spending data and visualisation tools), is a great collaboration between Hansel, the Ministry of Finance and many other organisations. Hansel has great visions of putting spending and procurement openness into a law –  and further, sees openness as a step towards more ethical procurement in other ways, too.
The Humanitarian Open Streetmap (HOT-OSM) community was also awarded for their great work outside of OKFI. The community has done important crisis work (voluntary map creation for crisis areas) together with the Finnish Red Cross. In many ways, it has been a very admirable grassroots work, with the idea that anyone can help and at the same time learn about open maps and open, distributed collaboration.
“Internally”, we gave awards to the Open Science working group (steered by Heidi Laine and Leo Lahti) and Lobbying transparency (originally initiated by Joonas Pekkanen as part of Open ministry work) group for great persistent work within OKFI.
These awards were designed by Tuukka Päivärinne and produced together with Martin Genet. Thank you!!!

The action plan and budget we discussed, debated and approved – with comments that openness and participatory processes should be done in a way that revision suggestions should also be available well before the meeting.
Key changes in the budget dynamics include that memberships fees and donations should be a notable larger part of the “core association” (i.e. association activities outside of funded projects) income should be coming from membership fees and donations. Membership fees for individuals are voluntary, however. In 2017, we received a bit over 2000 euros in donations and voluntary membership fees. Our goal is to increase this type of income we can freely use, so we appreciate it if you want to pitch in (0/15/50/100 eur for individuals; membership fees for organizations are 100/500/1000/5000 eur/year). Membership fees for organizations are 100, 500, 1000 tai 5000 eur/year.  In addition, projects will have a lower overhead, with the goal of going down from 20% to 15% over time. In 2018, we will also have trainees for the first time, to help with the growing operations. We will finally renew our website and financially support grassroots activities initiated by members. In general, the financial situation is more stable than usually at the end of the year.
In terms of operations, the agreed key theme of 2018 is “Finding your place”. This refers to both the renewal of the strategy, to be done in a thorough and open process throughout the year, as well as to the goal of empowering members to find the right way to  make themselves at home in the association. 2018 will be an interesting year in many ways, as right now there is still time to influence the political programs for the parliament elections of 2019. On the other hand, it is a year that will see the implementation of new laws on data protection, i.e. the implementation of the EU General Data Protection Regulation. 2018 will also be a year of MyData 2018, Open Knowledge Summit and other community building events. More details to follow. Hope you can participate in some of these!

Some highlights of the second half of 2017

To sum up the year, some of our highlights during the second half of 2017:

Thank you once again for a fabulous 2017. 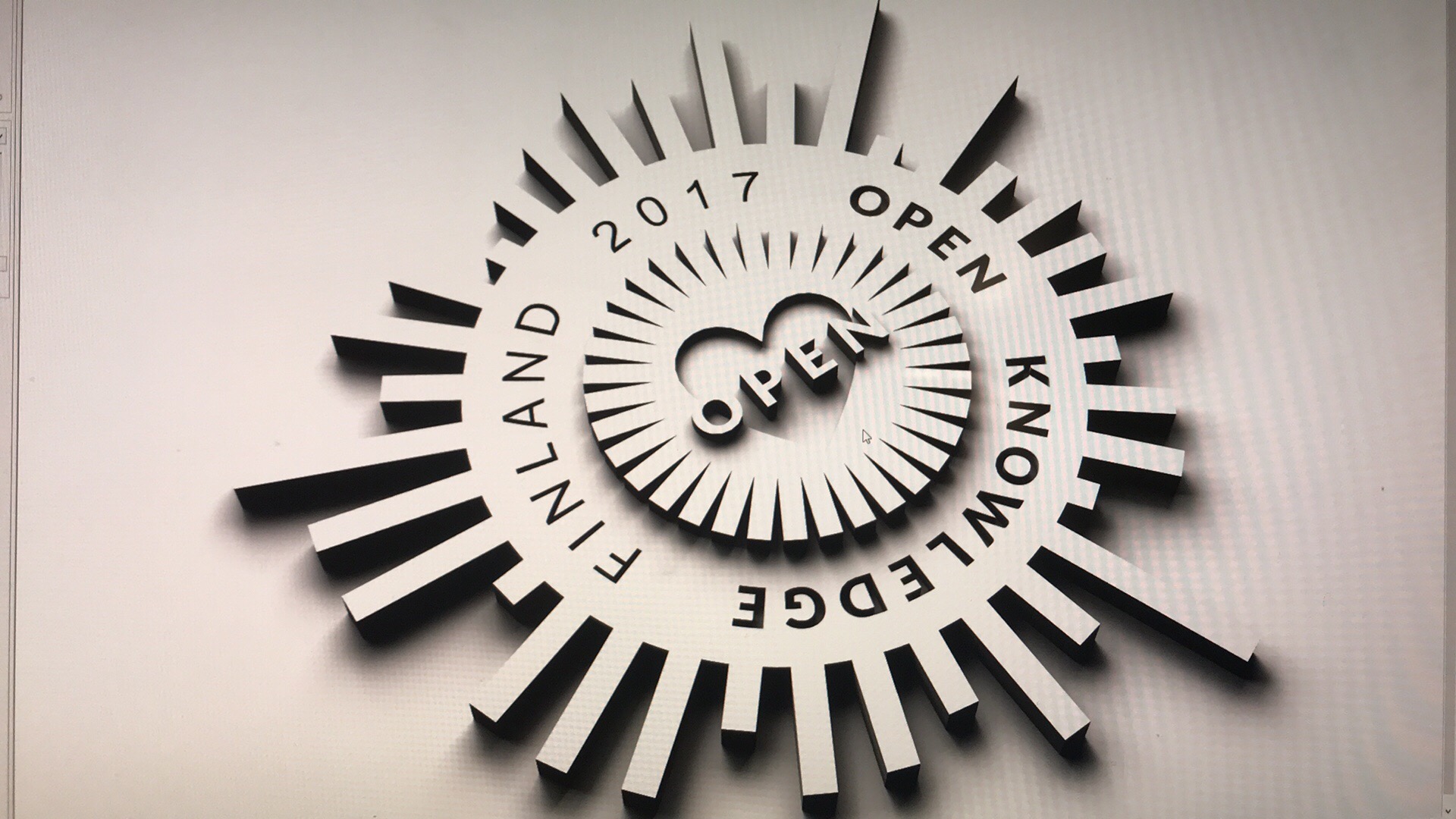 Make use of the services and publications we have made, come to our events, join our community or get involved in our projects! END_OF_DOCUMENT_TOKEN_TO_BE_REPLACED

END_OF_DOCUMENT_TOKEN_TO_BE_REPLACED

Make use of the services and publications we have made, come to our events, join our community or get involved in our projects! END_OF_DOCUMENT_TOKEN_TO_BE_REPLACED