This article is reposted here from the ResponsiveOrg Finland blog on Medium.
I attended the Collective Intelligence 2018 conference was organized 7–8.7.2018 at the University of Zurich, the university where Albert Einstein received his PhD. Most of the participants of the Collective Intelligence 2018 conference were academics and the presentations reflected this but there were a few gems in there that I’d like to elaborate on.
What is Collective Intelligence?
Collective Intelligence is the promise of intelligence that can exceed the intelligence created at individual, team and organizational levels. It’s a multidisciplinary approach still in its infancy that builds upon better social practices and/or current and emerging combinations of technologies allow us to transcend our limited perspectives and the biases related to them and bundle together the efforts of as many people that we can get to participate in a purposeful manner by means of organizing as a network.
Collective Intelligence is both an applied and scientific field. In terms of applied collective intelligence, Geoff Mulgan, the CEO of UK-based Nesta, author of the book Big Mind — How Collective Intelligence Can Change Our World, mentions Wikipedia and Waze as examples. Wikipedia has become the largest encyclopedia ever by means of building a digital platform and having mostly volunteers governing, moderating and editing it. Waze is a route-mapping application that combines the aggregated GPS sensor data of its users to provide route information that can take real-time traffic information into account when suggesting routes. These are examples of technology-enabled Collective Intelligence.

Social processes of creating information and enabling action are also very difficult when agreement and certainty falter. When this happens, you know you are dealing with a complex topic and that is ambiguous, has many perspectives and local optimum answer to it. In facilitation, this area is called “the Groan Zone” because of the feelings that can and often do arise in it. The processes by which a map of the domain, task or mission in question can be developed socially are another form of Collective Intelligence.
In addition to technologies (software-hardware), social groups, forms of data and knowledge are also key enablers of Collective Intelligence. For us Open Knowledge Finland folks, this area is a given of course.
Patrick Meier and Drone Video Aid for Disaster Areas
The first keynote from Patrick Meier of WeRobotics was mindblowing. Patrick is part of the Digital Humanitarians Network which seeks to promote the use of technology in disaster areas. Patrick’s company’s focus is in drone-assisted aid. Some examples of his projects include:
1. Founding and facilitating the work of local drone “Flying Labs” in disaster and potential disaster areas:

It’s important to work with local communities, empower them to code and use drones and the resulting data. @PatrickMeier #HCOMP2018 #CI2018 pic.twitter.com/gfFYLl6vJD

Because disaster areas require a lot of effort, aid workers are working 20 hour days in situations of crisis. One form of aid is to evaluate where aid is needed and this is done by exploring villages and cities for damaged buildings. This has traditionally been done by sending people to the places and have them evaluate the situations. Patrick Meier’s drones have been used to make this process faster by recording videos of the damaged areas. However because of the dire situation in the crisis areas, evaluation of drone footage was not a priority to air workers.

Using drones in humanitarian efforts, but thousands of images are overwhelming when you need answers fast. #HCOMP2018 #CI2018 @PatrickMeier pic.twitter.com/mpu3Pukd6b

However, by the help of the Digital Humanitarians Network, it is possible to crowdsource the online evaluations of damage based on the drone footage. This, in itself is a great example of Collective Intelligence. The Digital Humanitarians Network is going even further. Because evaluations are being done online, it is possible to use the human-generated evaluation data to train Machine Learning algorithms that might help make the evaluations even faster in the future.
2. Using AI to augment human observations and scale observation making:

I suggest looking into Patrick’s work, there’s some really inspiring stuff there!
Follow Patrick Meier on Twitter: https://twitter.com/PatrickMeier
WeRobotics company: https://werobotics.org/
The Digital Humanitarians book: http://digital-humanitarians.com/
Lucy Fortson and Machine Learning for Citizen Science
Another intriguing talk at the conference came from Lucy Fortson who is working for Zooniverse, an online platform by which people can participate in making classifications that assist scientific projects. Examples of Zooniverse projects include Galaxy Zoo, a project for classifying distant galaxies based on astronomical photo and Shakespeare’s World, in which voluteers can help transcribe writings from Shakespeare’s time to help understand history better.
Zooniverse is an awesome platform with over 40 million classifications done by 150 000 volunteers. As its goal is to assist science the projects hosted on Zooniverse have produced countless scientific articles, new scientific findings and also allowed some of the volunteers to participate in writing the articles.

To further help with the Citizen Science assisted research done on their platform, Zooniverse is also exploring the combination of users and Machine Learning to help create observations that are both precise (human) and broad (AI) to expedite the research projects.

According to Rosy Mondardini, there is insufficient data to see progress in the Sustainable Development goals and this is one of the areas of opportunity where Citizen Science and crowd-driven coordination might be of assistance.

For me, this is an interesting concept in terms enabling future forms of participation in cities. Traditionally data regarding cities has been expert-generated but what if Citizens also had the ability to generate both hard sensor data and soft experiental data about their lived environments to assist in sensemaking and participating in making cities based on their own experiences?
Collective Intelligence 2018: Summa Summarum
Collective Intelligence is definitely one of those emergent topics that is on the rise even though it seems like the concept is not very well known here in Finland even though we are doing many cool things in the areas of Citizen Science and Open Collaboration. I have not heard of many instances from Finland where technology has been used to augment people in service of large social issues quite yet.
Like I mentioned earlier, the Collective Intelligence 2018 conference, even though it had the goal of bringing together practitioners, companies and academics, was not able to cater to the goal and focused mostly on academic approaches. Another issue I had with the conference was the the high focus on technology-enabled collaboration whereas the human-centered approaches having to do with facilitation of groups was mostly missing.
Being a person of multiple interests, what I really enjoyed in the conference, was becoming influenced by thinking that is somewhat different than my own. Even though I’m not very deep into Collective Intelligence quite yet, I believe I will be considering options more from the angle of enabling technology-assisted open crowds in my future thinking.
In regards to the relationship between what we call Responsive Organizations and Collective Intelligence, I believe we’re in the same ballpark. As Collective Intelligence is the emergent property of the collaboration between groups, technologies and data/knowledge, it shares the same resources as Responsive Organizations. 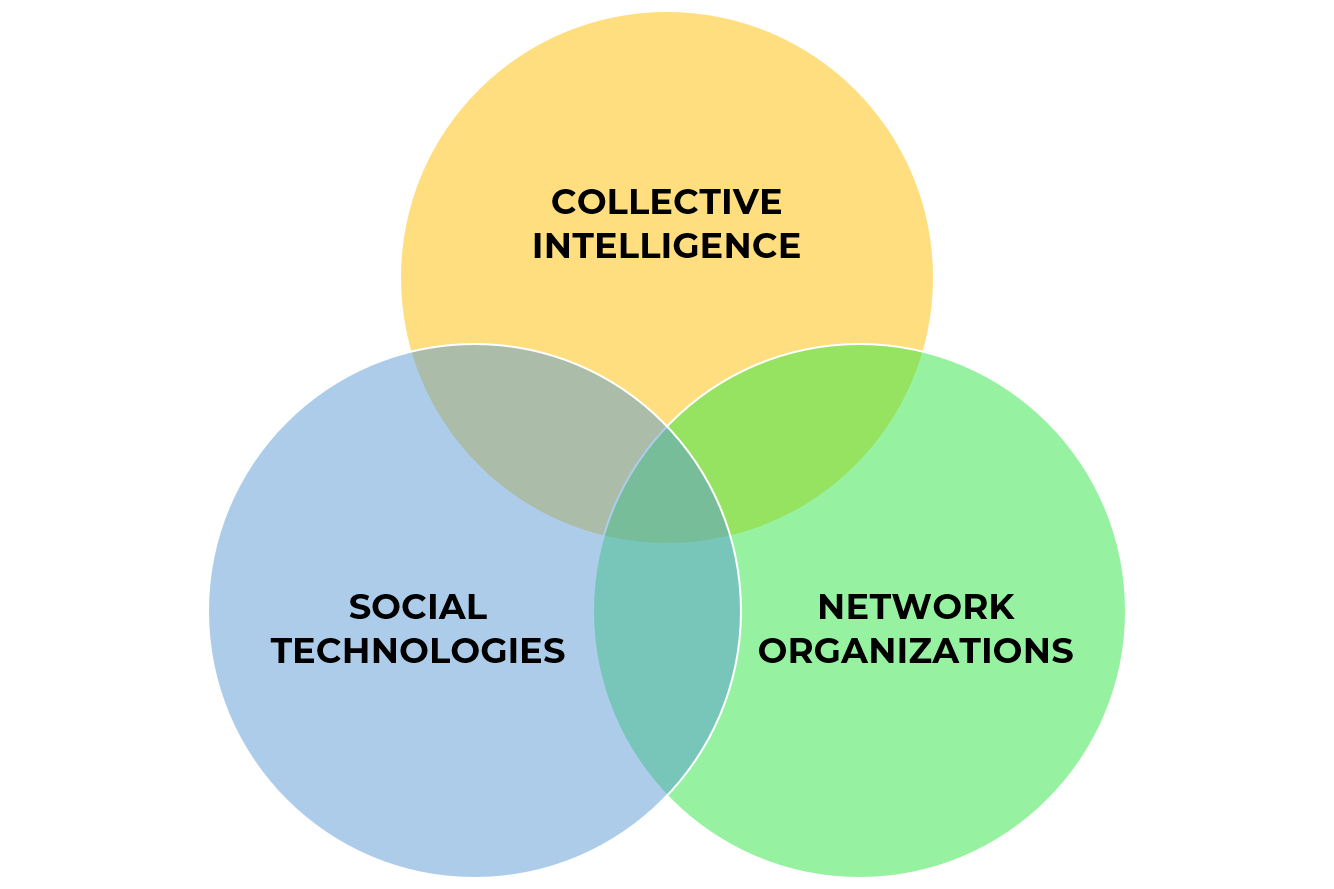 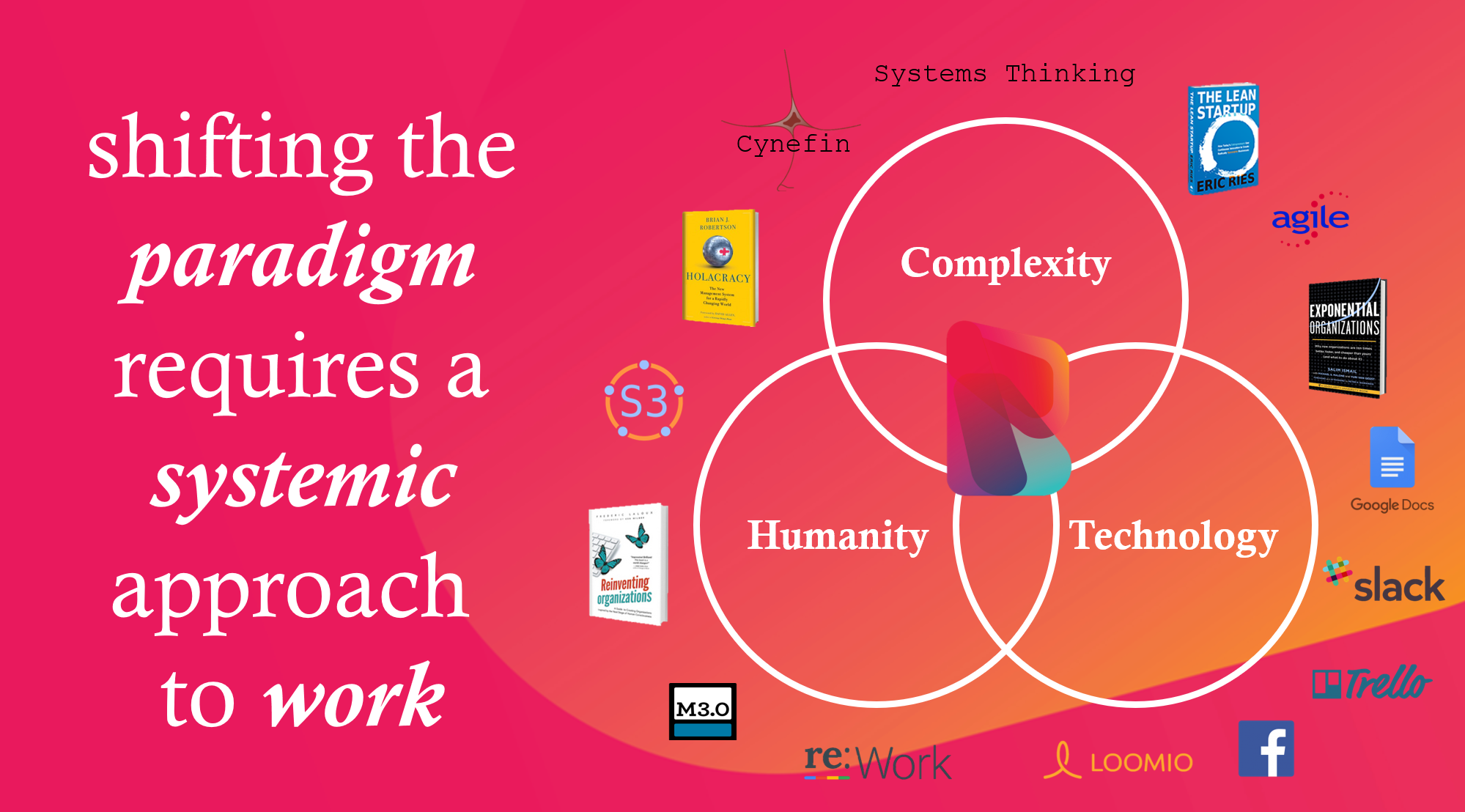 ResponsiveOrg Finland invites you to explore and promote practices by which teams and organizations can be better at responsiveness to changes, people, futures and operating as a network.
Join in:
Facebook: https://www.facebook.com/groups/ResponsiveOrgFI/
Twitter: https://twitter.com/ResponsiveOrgFI
WWW: http://responsiveorg.fi
Contact:
@mikaelseppala
@OKFFI

Make use of the services and publications we have made, come to our events, join our community or get involved in our projects! END_OF_DOCUMENT_TOKEN_TO_BE_REPLACED

END_OF_DOCUMENT_TOKEN_TO_BE_REPLACED

Make use of the services and publications we have made, come to our events, join our community or get involved in our projects! END_OF_DOCUMENT_TOKEN_TO_BE_REPLACED